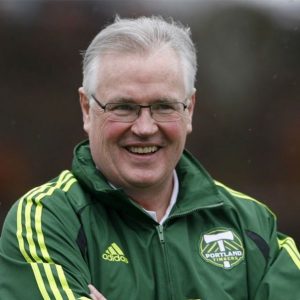 Mick hails from England where he grew up in the industrial West Midlands. He and his wife Linda live in Southwest Portland. Mick is a former professional soccer player with Aston Villa (England), Atlanta, Denver and our own Portland Timbers (NASL). He was the first ever player signed by the Portland Timbers in 1975 and Nike’s first soccer employee in 1978. Today he is retired and spends his time volunteering with Harper’s Playground, Dynasty House, Alzheimer’s Association and the Portland Timbers, where he serves as alumni ambassador.

Play and games have played a major role in my life. Having had children of our own and now experiencing the wonders of being grandparents we know how important play and games are. Once I’d met Harper I felt inspired to offer our assistance. We have been blessed to be a small part of the program and look forward to continuing our support. Play on!