Playgrounds where everyone can soar. 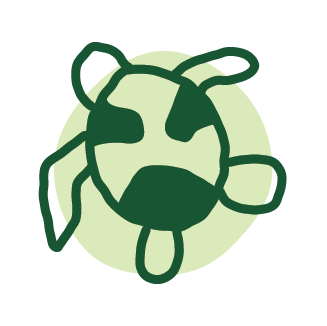 “A sea turtle struggles on land to maneuver, but in water it soars like an eagle. We want to create playgrounds where everyone can soar.”

Our quest to design and build fully inclusive playgrounds began in 2009 when Founder Cody Goldberg’s five year old daughter Harper approached a neighborhood play structure with her walker and got stuck in wood chips. Goldberg and his wife April saw their daughter’s frustration and knew a better playground was both possible and necessary. They recognized that public playgrounds are vital landscapes for children’s social and physical development, and that these play spaces mirror the communities we live in and the ideals we strive towards.

In 2010, we created Harper’s Playground, a non-profit organization dedicated to radically inclusive playgrounds around the world.

To make play accessible to ALL youth and families, Harper’s Playground designs, builds, and trains others how to create radically inclusive, sustainably built, nature-infused playgrounds where people of all ages and abilities can thrive.

Our playgrounds revitalize public parks and provide access to people who are often cut off from outdoor exploration, play, and contact with nature. Despite standards for accessibility established over 30 years ago by Americans with Disabilities Act (ADA), and ample evidence of need, most playgrounds remain inaccessible. For a child (or caretaker) who uses a walker, wheelchair or other mobility device, wood chips and stairs prevent access. These design flaws leave kids on the sidelines, left out of the numerous physical and mental health benefits of play and the chance to build relationships with their peers. For parents and caregivers in wheelchairs, a visit to an accessible Harper’s Playground may be the first time they can engage in outdoor play with the young people in their lives.

Five-year-old Harper Goldberg gets stuck in her walker in the woodchips while trying to access a play structure in a North Portland’s Arbor Lodge park.

April, Harper’s mom, decides something must be done to fix this problem.

Initial meeting with Portland Parks & Recreation. We suggest the city should build an inclusive playground. We are told there is no budget for new projects, but would be supported if we want to take on the project ourselves.

April: Harper’s Playground is incorporated with the State of Oregon. Board of Directors is assembled and fiscally sponsored by North Portland Community Works.

May: Harper’s Playground feature story appears in The Oregonian.

November: TODAY Show features a story on Harper’s Playground. Requests for consulting flood in from around the world.

December: Cody quits adidas and is hired as the Executive Director of Harper’s Playground.

April: G Cody QJ Goldberg delivers TEDxPortland talk on the value of play and based on the Harper’s Playground journey.

June: Dawson Park Playground opens with a more inclusive design and equipment due to advocacy and consultation from Harper’s Playground.

May: Design Museum Foundation features HP in “Extraordinary Playscapes, an exhibition and soon-after book featuring over 40 pioneering play spaces from around the world…”

The story goes on...

Harper’s Playground continues to inspire and consult on building the best playgrounds possible!

Contact Us
DEADLINE Jan 31: Make your name or message a permanent part of Marshall Park! Purchase your brick or paver →